When she read the words “unflappable under crisis” in the job description for the CEO of the Livestrong Foundation, Chandini Portteus had no fear.  The 36-year old had navigated through a brand crisis before at another Texas based cancer fighting organization, Susan G. Komen.  Portteus was well prepared for another battle. 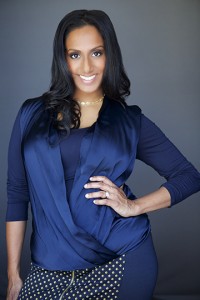 In her first six months on the job at Livestrong, Portteus has recruited new team members and finalized a $50 million partnership to build a cancer institute at Dell Medical School at the University of Texas in Austin. Now she’s hard at work on what she says is her biggest challenge:  writing Livestrong’s next chapter. “We have to get the story to stick, get people to hear it and act,” said Portteus.

Livestrong’s story had an unexpected edit when its founder, cyclist Lance Armstrong admitted to using performance enhancing drugs and left the organization in 2012.  Since then, it has suffered double digit percentage drops in revenue.  Portteus also believes the Livestrong message has become too confusing to the general public when it really should be simple.  “Livestrong is here for people who have cancer — one on one and in communities.”  The organization does that by helping cancer patients get any help they need and by working for change in the system through research and policy.

Navigating a Change of Plans

Portteus grew up knowing she would be in a leadership role in healthcare, but she had planned to be a medical doctor.  However when the Austin College pre-med graduate did not get into medical school, she ended up at the University of Houston School of Public Health where she got her master’s degree while working with researchers in psychiatry.   That’s where she met her husband, psychiatrist Andrew Portteus.  Sometimes a change of plans leads you right where you need to be.

She almost tried medical school again, but this time Komen came along, and it seemed like the perfect fit.  Portteus spent nearly ten years there, becoming the youngest senior level executive in the organization’s history.  She climbed the ladder in roles and responsibilities rapidly.  “I never chose to sit in my space very long,” said Portteus.  She was on maternity leave after her fourth child when the Komen brand took a huge hit.  Komen leaders pulled funding to Planned Parenthood for a time, and the organization lost supporters and funding.  It was admittedly the biggest learning experience of her career watching the brand she had worked so hard to build fall fast in terms of trust.  However leave it to Portteus to turn even the toughest test of her professional life into another stepping stone.  She stayed true to her mission of helping cancer patients and took on an even bigger leadership role as Livestrong’s CEO.

Portteus’ was voted “most friendly” in her Garland, Texas high school which may have been an early indicator of her future leadership style.  She says she tries to approach every employee and situation with transparency and compassion.  But don’t think for a minute her warm and open personality means she is soft when it comes to making tough, quick and sometimes unpopular decisions.  She calls herself a “war time CEO” (from Ben Horowitz’ book The Hard Thing About Hard Things) and seems prepared for any internal or external attack on Livestrong as it rebuilds its brand. 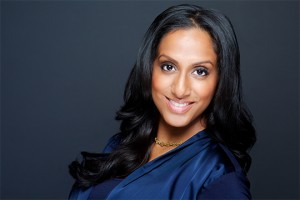 Effective leadership, according to Portteus, starts with building authentic deep relationships.  She recruited several leaders to Livestrong from Komen with whom she had established those relationships, and works hard daily to create those with her new staff.  She says real relationships are especially important in nonprofit organizations in which those involved must remain true to the mission daily, even if it’s not easy.  “I wake up every day and believe that it can be done,” said Portteus.  It’s that daily focus on the mission that will guide her in rewriting Livestrong’s story.  Ultimately cancer patients all over the world could benefit from the new chapters.

** Chandini Portteus is a featured speaker at the Texas Conference for Women in Austin, TX on October 15, 2015.

Come hear more about her story, and listen to others like ABC’s Robin Roberts, Candy Chang and Patricia Arquette.  I’ll be there too with Judy Maggio talking about how to get the attention of today’s media.  Hope to see you there!