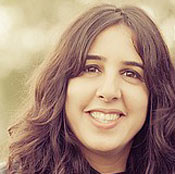 From a very young age, Lila Igram was well aware of the power of telling your own story.  She was born and raised in Cedar Rapids, Iowa.  Her mother immigrated to the United States from Lebanon.  Lila was a young female Muslim growing up in the Midwest and felt as if other people were telling her story.  Now raising her own family in Austin, Texas, she devotes her time to making sure women all over the globe are empowered to tell their own stories through the nonprofit she founded, Connecther.

I was intrigued when Lila sent me an invitation to a Connecther event titled, “The Power of Women and Girls Telling Their Own Story.”  It may seem like such a simple concept, telling your own story.  However in the case of women and girls touched by Connecther, it can be life changing and life saving.  Through its website, the organization provides a crowdfunding platform for projects around the world that advance issues related to women and girls.  Projects focus on issues like violence against women, gender inequality and education for girls.  Connecther is raising money for the Edna Hospital in Hargeisa, Somaliland to train one-thousand midwives and send them back to their communities ready to reduce the high rate of maternal and infant mortality.  Another project in Kabul, Afghanistan is sending Afghan girls to a computer education program to help them graduate from the public schools with more marketable job skills.

Each project Connecther supports started with someone’s story… one woman or girl telling her story and someone listening.  The hope is when people hear it, they are compelled to act in hopes of making a change, making something go away or making someone else simply notice.  That’s the power of telling your own story.  You know it better than anyone.  You own it.  You’ve been in every chapter.  You know every character.  You live in each scene and often come across things that need to be edited or fixed.  If you are strong enough – brave enough – courageous enough to share it, your story and that of many others may be changed for the better.

Using Film to Tell the Stories

Connecther gets young filmmakers involved in storytelling with its annual Girls Impact the World Film Festival.  It features short films by high school and undergraduate students focusing on global women’s issues and offering solutions.  One past film shed light on the sex trafficking problem in Oakland, California.  Another revealed the health struggles of Pakistani women who picked cotton sprayed with pesticides.  Igram says these films and others have already created social change.

The film festival is a red carpet event on the campus of Harvard (Connecther partners with the Harvard College Social Innovation Collaborative).  Past judges include Nobel laureates, actresses and CEOs.  Winners are awarded more than $20,000 in prizes.  However the real success happens when the winners are asked to show their films in other places, to other people — and the stories spread.

The ultimate goal of Connecther is just what the name suggests – to “connect” women to each other and to opportunity.  The group partners with people on the ground in areas around the globe – so often in remote places where women do not have much of a voice.  Girls and women are empowered right in their own communities right where the change needs to happen.  Then as it does, the girls and women impacted by it start telling the story – a story that “connects” them and may push their cause forward in a way they may have never believed.  Simply telling your own story can be powerful.